Being Autistic In A Religious Family

How difficult can it be when you are neurodivergent in a heavily religious family?

You may recall my blog article ‘growing up with religious folks. After having religion shoved down my throat all my life. I wanna speak about how my folks wanted to give me even more that I don’t understand.

That blog that I am talking about was along the lines of my mom using God to control what I watch on TV.

My mom never took me to church when I was little because of the commotion. My folks grew up in the south. Where everyone was raised in the church. My mom said I’d cry throughout the service when I was a baby. I also don’t go to church due to my anxiety about being around a lot of people.

Also, forced physical contact when people take hands when praying. Like why do I have to touch a stranger to pray? There are so many things churches (especially my folk’s church down south) do that makes literally no sense to me. I spectate my aunt’s IG stories when she takes videos of the church service.

My sound has to be at almost zero due to the loud music. Someone had fallen out on the floor and folks just put a sheet over them. Didn’t even check on them. If someone falls out I would check on them in case they have a health condition.

HOWEVER, It may have been nothing but it’s easy to develop the wrong context with the details presented. Especially when it comes to someone who may not be aware of the situation.

Someone seemed to faint. A sheet is put over them and no one is seeing if they are OK (like gently shaking them to see if they move/respond) of course the wrong idea could be formed. If someone suddenly lies down on the floor, you see if they are OK.

Maybe the person was overwhelmed and lay on the floor on the stage. But due to the context given and I do not know about the person in question, it SEEMED as though they fainted and no one was checking on them or seeing if they are OK.

Now I went to AR last weekend at the time I am writing this. I thought I would have no problem telling them I am not going to church. Boy was I wrong.

When I was there in April for my aunt’s funeral, I was with my grandpa and they had no issue with me not going to church. No one brought it up, nothing.

Now this time because he wasn’t there, I felt like I was on trial with people asking me why I am not going to church. Only 3 people asked me but If I didn’t want to go to church that should have been that. I don’t know if they questioned me this time because my grandpa was not there or because it was a funeral and people were in mourning.

Church will give me nothing but sensory problems galore.

Also, my southern folks’ church is small so the noise from the instruments would have nowhere to go and bounce right back at me. (Called an echo.) When I went to that funeral, it was awful. The music was just too loud, my ears were literally hurting.

It was too crowded. Just awful.  By that church being so small with over 100 people there was so much worse. Perhaps being in the city for so long small churches surprise me.


In 2015 my mom made me go to my grandma’s church. I tried keeping my hands behind my back because involuntarily touching a stranger makes me very uncomfortable. It’s a common autism trait for us to not like unsolicited physical content.

However, the person next to me, couldn’t take the hint and kept trying to grab my hand. I kept showing on my face that I just wanted to service to be over. My grandma was on the choir stand and could see me from where she was.

Now we are in the middle of a pandemic and I think this contributes to the virus spreading. You don’t HAVE to take hands praying!

I do not have a good attention span and will get bored like 30 mins into the service. I need to be doing something even if I am playing a game on my phone with the sound off. Just having to sit and watch someone talk will make me get bored fast.

My mom tries comparing me watching Tv to going to church. (if I can watch TV all day then  I can go to church) I’m sorry but

That’s what I do when I watch TV. Since my mom claims if I can watch TV I can go to church.

Tell me can I do any of the following at church?

I can say it is a tough ride when you’re autistic but it’s worse being in a tough religious family. It’s like it’s not about believing in God anymore promoting his morals of kindness and doing good deeds. But forcing people into things.

Using his name to be a shitty person and control what people do. I used to be in the band when I was in Jr. High and High School and my mom tried getting me to play my instrument for my grandma’s church. I shot that plan down like a helicopter.

Isn’t this America? Freedom of religion? Then don’t I have the freedom to choose? If we can barely get the world around us, why give them another world they don’t get (Religion)? Why put them in a sensory overload galore show?

I want to interject everyone is different. The church is too overwhelming for me. Someone else may be able to handle it alright.

By no means, I am not trying to offend people who are religious. For us autistics, the church is nothing but a meltdown waiting to happen.

Your mom forcing God on you where you are clearly not interested in religion doesn’t help. If you want to turn to God in your darkest hour that’s your preference. However, don’t push it on someone else.

If they wanted to turn to God they would have done it. Voluntarily. Without being forced to.

Some if not all stuff makes zero sense to us. We see the world blindly and our parents want to give us, even more, to see blindly.

For instance, my cousin is a Witness and I don’t understand why he ghosts us because we are not Witnesses. Why can’t they put religious beliefs aside? This is your FAMILY.

Also, most churches do not accept ND people. My mom was basically setting me up for emotional damage by being forced into a community that may not accept me. I went through that daily during school and you want to possibly put me through it again?

By having religion pushed on me, it is basically encouraging doing things for the wrong reasons.

Autistic or not please stop forcing folks into religion. There are some toxic people out there. We need to have free will.

Why I Stopped Blogging About Autism

Stop Blaming A Depressed Person For ‘Being Negative.’ 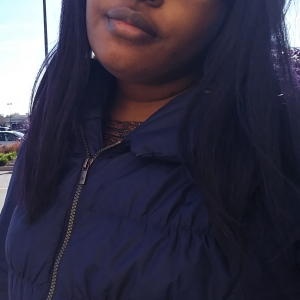